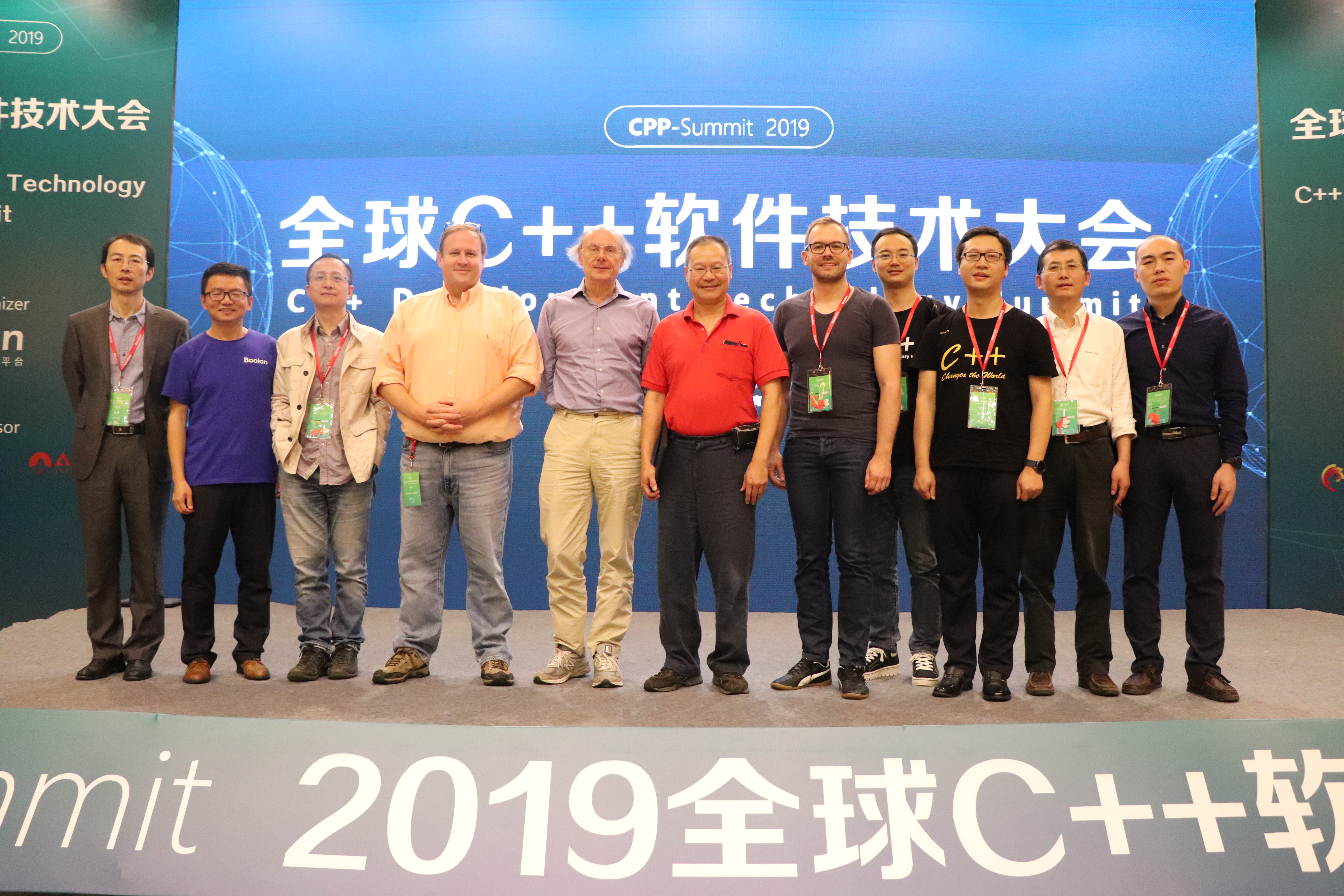 This past week I returned from giving a keynote and two talks at Cpp-Summit 2019 in Shanghai, China. The trip marked a lot of firsts for me including, my first time at the conference, my first trip to China and my first ride on a Boeing 787 Dreamliner.

Cpp-Summit is a two-day conference with about 500 attendees and a dozen or so speakers held at the Parkline Century Park Hotel Shanghai. It’s a great venue and the conference staff is top notch. I can’t thank the staff enough for all of their help getting to China and to the conference.

The attendees are fantastic as well. They treat the speakers like rock stars and are attentive, receptive and extremely polite. One of the customs at the conference involves putting heart stickers on the conference talks showing their appreciation. This is a great custom and is appreciated by the speakers more than they will probably know. 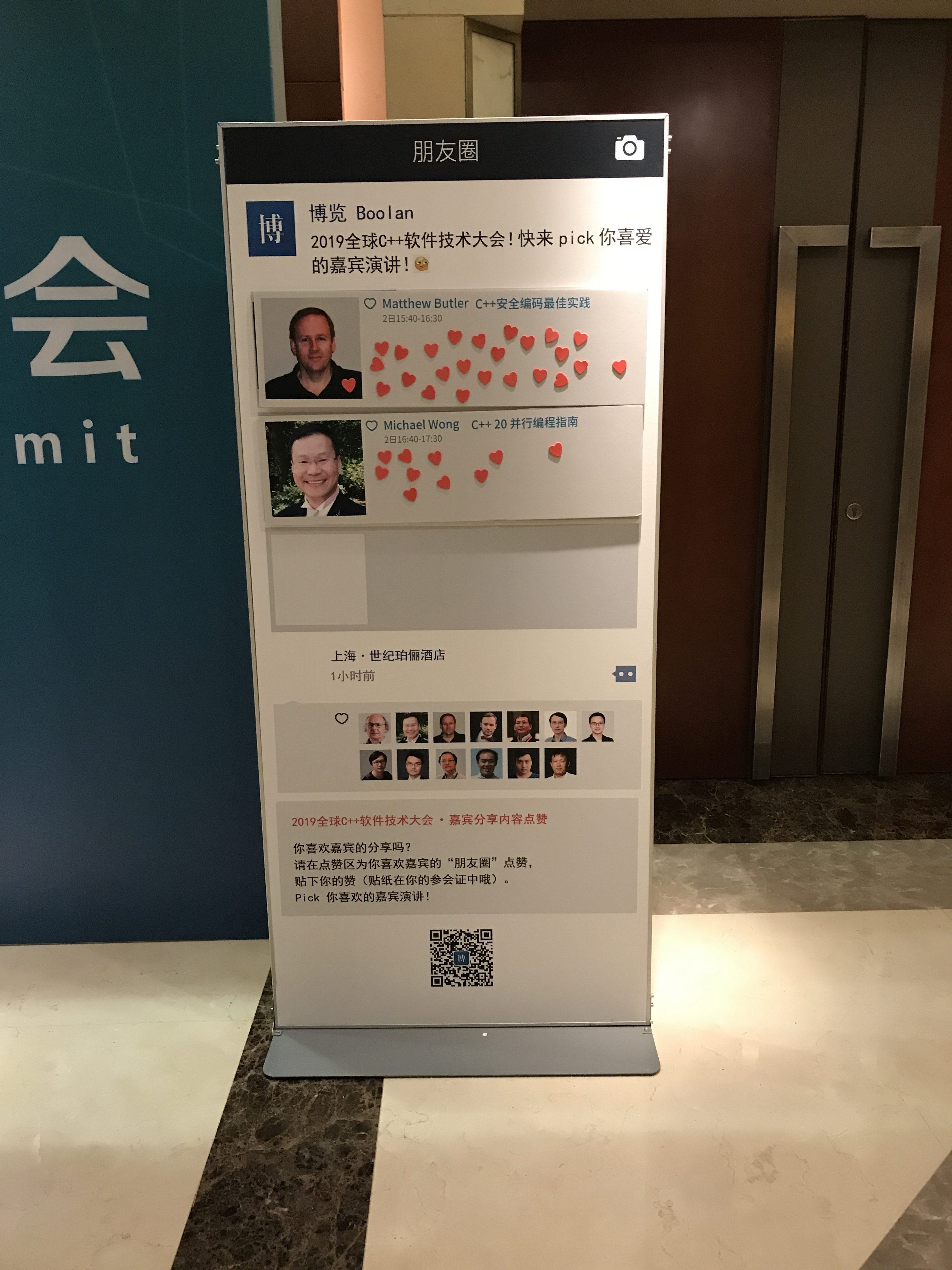 My keynote, “If You Can’t Open It, You Don’t Own It” was Saturday and covered hardware hacks and how those inform software security.

Michael Wong of CodePlay gave his keynote, “Writing Safety Critical Automotive C++ Software for High Performance AI Hardware”, just before me. You can see this talk on the YouTube CppCon channel. They say never to follow a better speaker, but I braved the waters anyway. It’s a great introduction to Modern C++ and autonomous vehicle technology. His other talk, “The Future Direction of C++ 20 And Heterogeneous Programming”, covers C++20 additions for parallelism and is a really interesting talk from someone who is in his second decade on the Standards Committee.

On Sunday Bjarne Stroustrup gave his keynote address, “The Continuing Evolution of C++”, which has a brief history of the evolution of C++ and what we’re doing to make the language safer particularly in the areas of zero overhead abstractions. It’s always a neat experience to see the man who created C++ talking about it’s history. My own involvement dates back to 1990 but listening to someone who is a languages expert talk about where he’s been and where we’re going is always worth the time.

Andreas Pasternak gave his talk, “Safe Software for Autonomous Mobility With Modern C++”, which covers the key challenges of using Modern C++ in autonomous vehicle technology. His talk can also be found on the CppCon YouTube channel and is well worth the viewing as they had to solve a lot of problems found in other domains. Besides being a great engineer, he’s also an excellent navigator in large metros.

These were all great talks that unfortunately were not captured on video at the conference.

I gave two other talks on Saturday, “What Air Disasters Tell Us About Safety Critical Designs” and “Secure Coding Best Practices”. The first talk is a new talk that hadn’t been presented before and the second is a shortened version of the talk of the same title that I gave at CppCon 2018.

I really enjoy presenting in this venue because of the staging and venue but also in large part because of the engineers in the audience. Probably the best moment was after Bjarne’s talk when he was swarmed by engineers all wanting a selfie with him – and who wouldn’t want their picture taken with the creator of the C++ language. They were so polite and so excited that it’s hard not to find this an endearing venue. In the end they settled for a group photo. 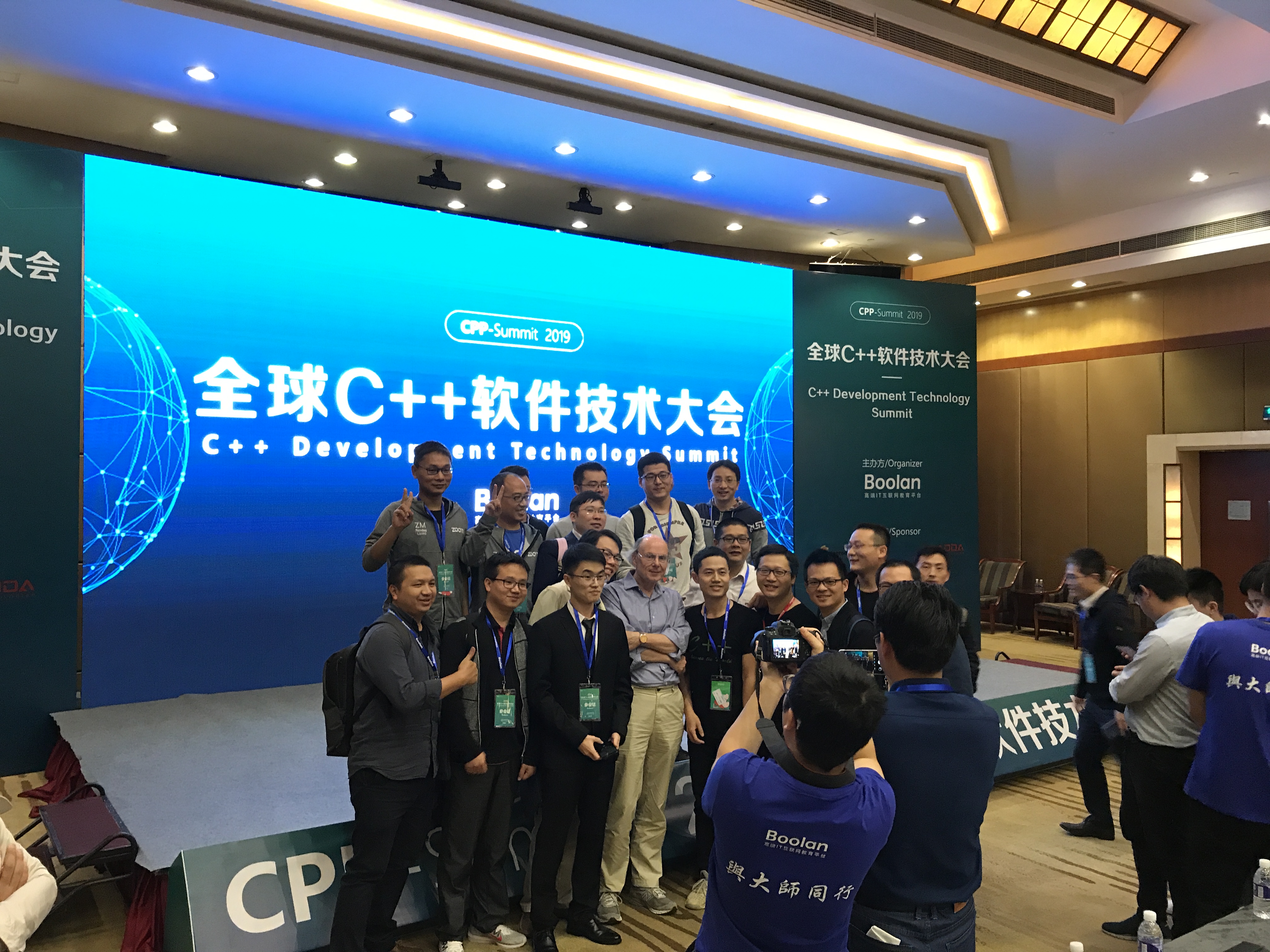 I had some extra time during the trip to explore the city. Shanghai is a wonderful city with an easy to use rapid transit system that’s modern even by western standards. It’s also incredibly clean and well maintained unlike a lot of the subways I’ve ridden in the US. If you have time to explore I would recommend the downtown area along with any number of high-end shopping centers that have every name brand you could want at more affordable prices than you will find at home. It’s also fun to explore some of the hidden areas where you get a flavor for the bustling city away from the tourists. 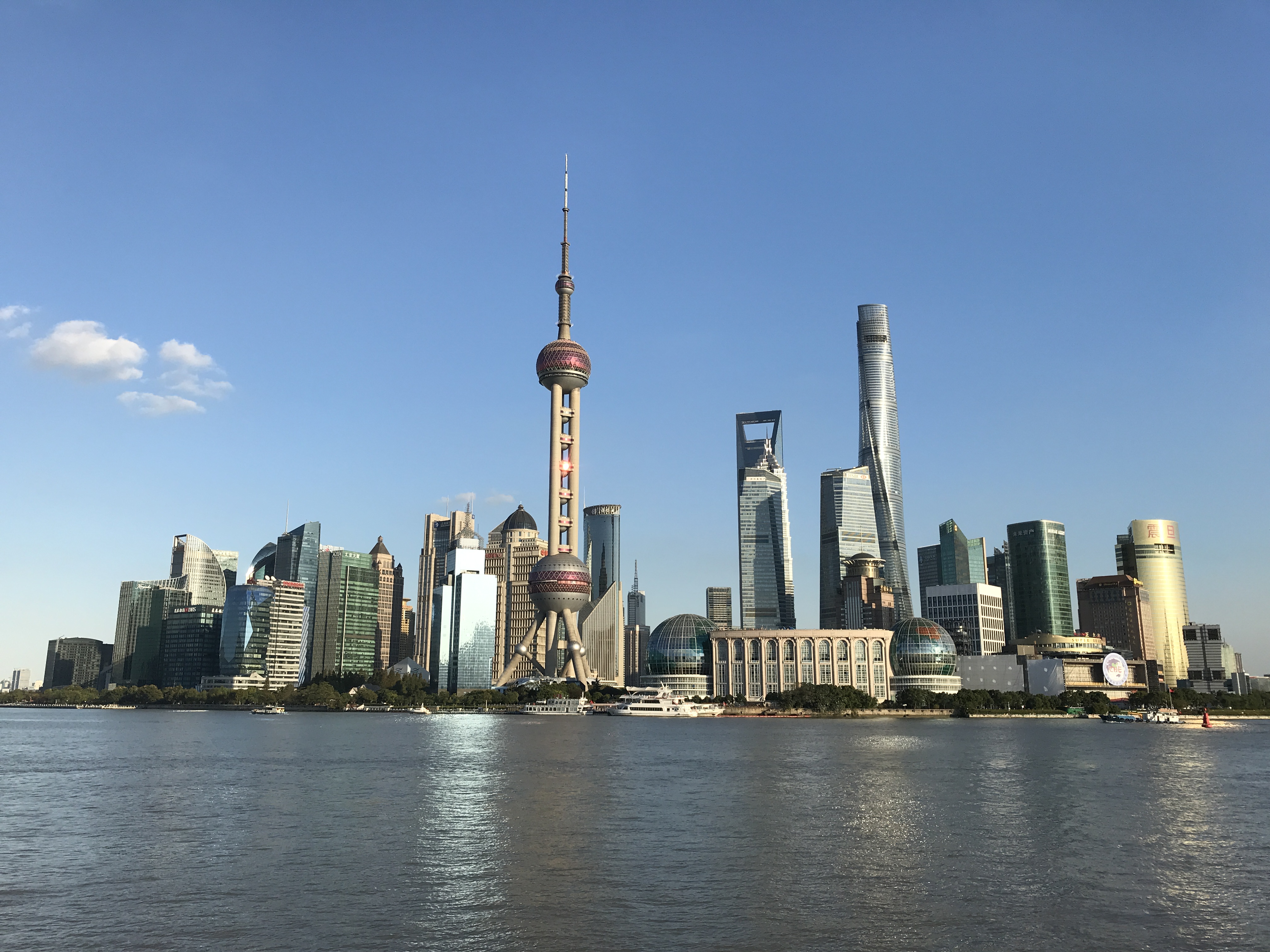 This city itself is very clean and with police and cameras on almost every street, safe. You should be aware that like any major city, it does have its petty crimes so it’s best to leave your passport at the hotel. The concierge at the hotel I stayed at had me take a picture of the information page from my passport and the visa as identification.

Cash also becomes important when using the subway and the taxis in town. Contrary to what they tell you at the airport, most taxis do not take credit cards. Shops and businesses do. I found this out the hard way coming in from the airport when the bellhop at my hotel had to pay for the taxi while I went and got cash. There is also a Chinese version of Uber called DiDi that is quite good and works just like Uber back home.

Be sure to bring plenty of your own currency to exchange, though, in case you have trouble using your credit card.

Shanghai is a fun city to visit. The locals and the hotel staff at the Parkline Century Park Hotel where very friendly and helpful to the extreme. I highly recommend taking the time to get to know the city if you visit.

I look forward to a return visit some day.

As I said above, this was my first trip on a Dreamliner. In spite of its troubled safety history, I loved the aircraft. I also got the rare pleasure of boarding from the ground instead of using a jet bridge which for someone who loves jet aircraft is real treat. 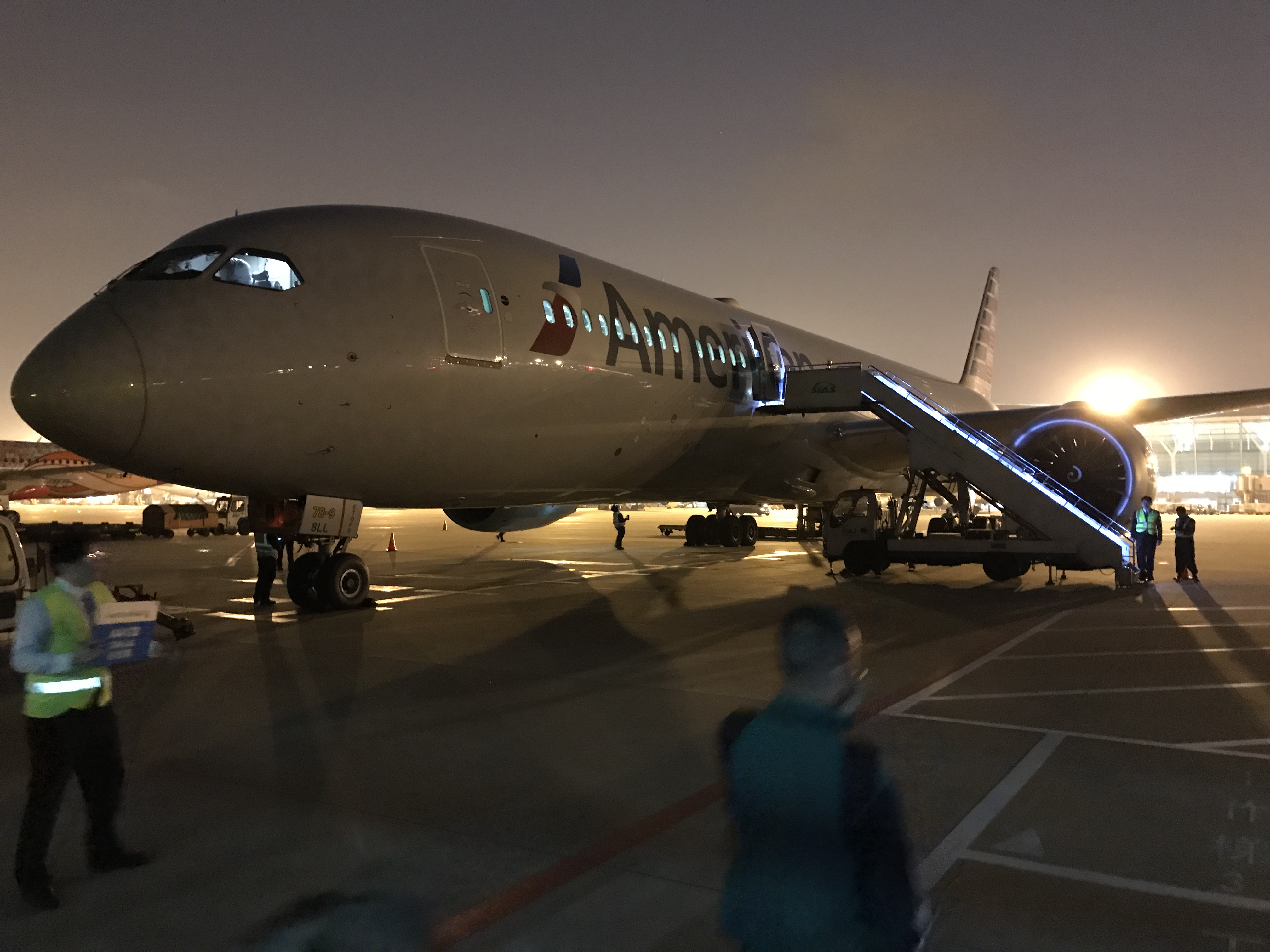 One of the nicest features of the plane is the lack of window blinds. These are replaced by a tinting system that on this flight turned 3:30 in the afternoon… 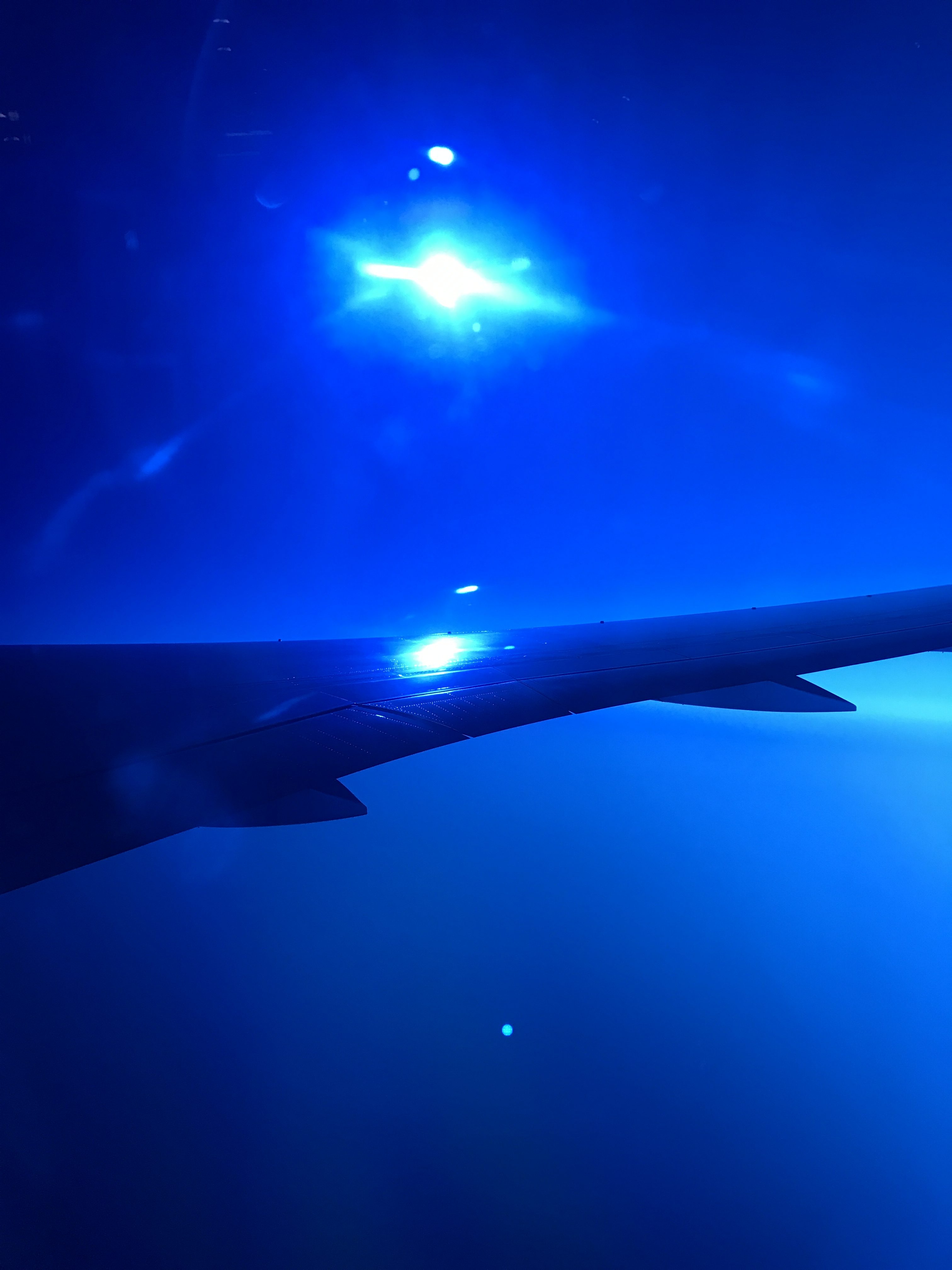 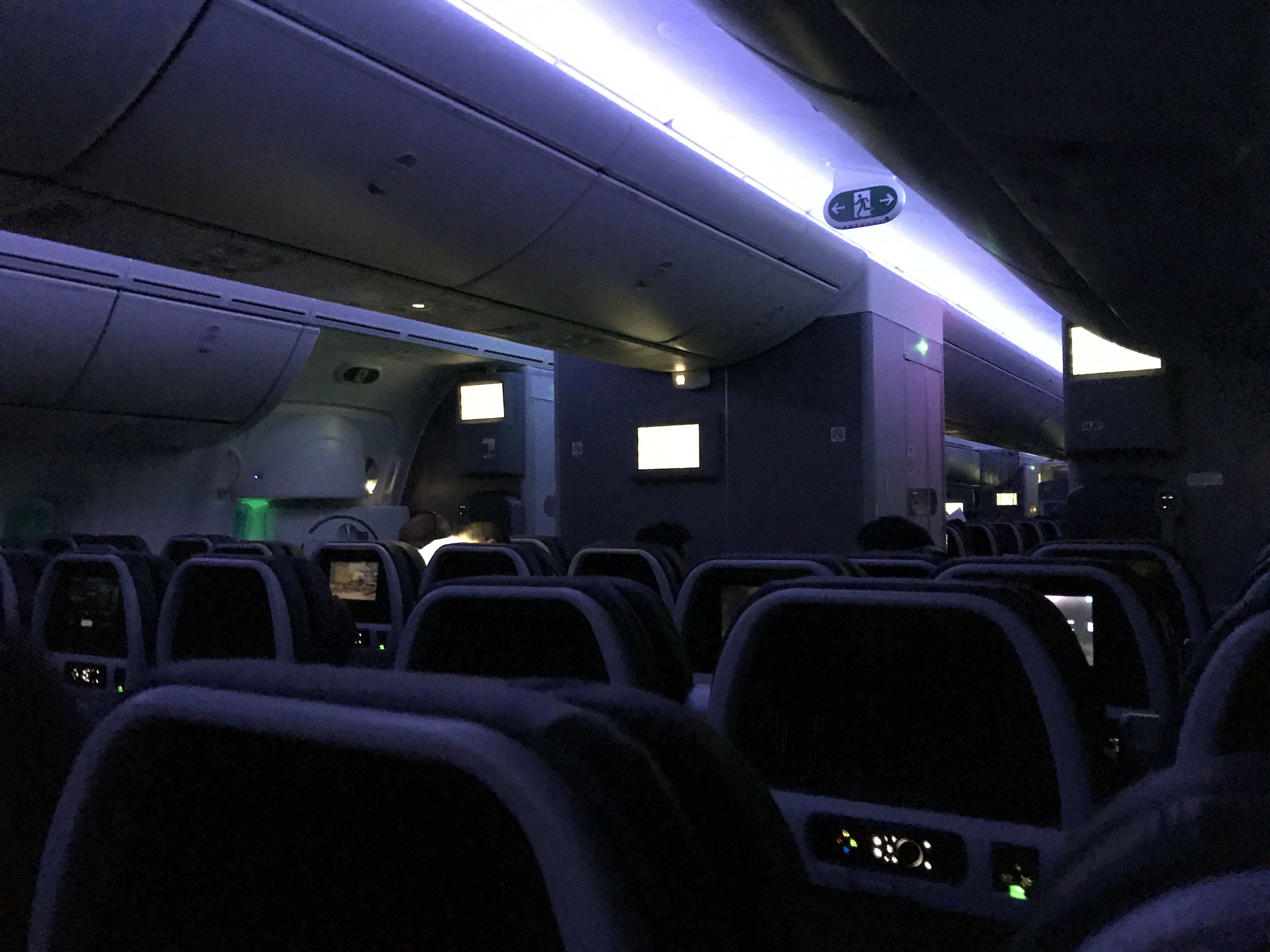 This allows you to adjust to the local time long before you land. The cabin lights also dim slowly and come up slowly to avoid that jarring moment in the morning when the flight attendants take you from dark to full light at the flick of the switch.

My only complaint about the 787, besides the torture chamber economy seats, is that it’s a loud aircraft – much louder than I would have expected. If you fly a lot I would invest in a good set of noise cancelling earphones. My wife bought me a pair just before this trip and they make all the difference in the world.

This was definitely the best conference trip I’ve had to date thanks to Jason and his staff and I look forward to coming back some day. If you get the chance to attend Cpp-Summit, it’s well worth the 15 hour plane ride.